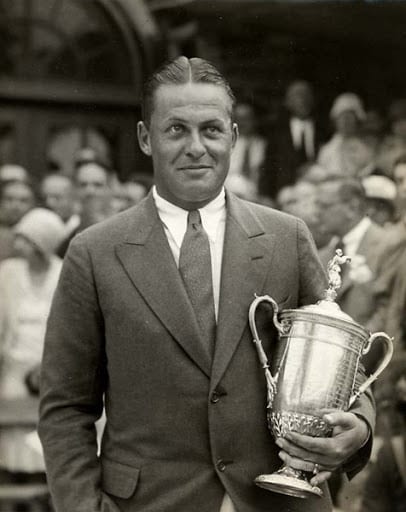 6th June 2020 is the 76th anniversary of the D Day landings in Normandy so its apt to mention the role played by the most famous golfer of that era. Bobby Jones, who won seven major championships from 1923-1930, enlisted in the US Army Air Corps and served on the front lines at Normandy.  Jones had been offered an easier path through military service with an offer to play exhibitions to boost troop morale. He turned this down and insisted on serving on the front lines despite his celebrity status. He served for just over two years between May 1942 – August 1944 leaving the Army with the rank of Lieutenant Colonel. As well as being a seven time major champion Jones is best remembered today as the co-founder of the Augusta National golf club and the Masters Tournament.

Others would follow in his footsteps including 1946 US Open winner Lloyd Mangrum who won two purple hearts and was wounded at the Battle of the Bulge. In the modern era major champions Lee Trevino ( US Marines) and Larry Nelson ( US Infantry) both spent valuable time in the military before they embarked on their professional careers.