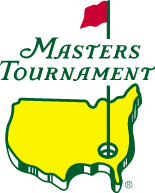 The Masters Are Only 3 Weeks Away. Who’s your money on?

With the US Masters only three weeks away, autumnal ground conditions are likely to strongly favour the big hitters and the betting market certainly reflects this. Bryson Dechambeau is the clear favourite at only 15/2 with Rory McIlroy priced at 10-1. As we have previously mentioned familiarity with the course is essential in deciding the winner. Not since Fuzzy Zoeller in 1979 has a debutant triumphed in the event. We will be investing some cash on the following players.

Bubba Watson 33-1 Twice a winner in 2012 and 2014. He has the length and creativity around the greens to challenge again. Needs an average week with the putter to contend.

Xander Schauffele  14-1 Seven top tens’ in the majors since 2017, including a tie for second at the 2019 Masters. No obvious weaknesses in his game. A great each way bet.

Patrick Reed 25-1 The champion in 2018. Has played consistently well all year including a win in Mexico. His right to left ball flight is an advantage. A brilliant chipper and putter, he might not be the most popular winner, but he is a great competitor.

Tony Finau 33-1 Finau has top tens in all four major championships since he turned professional. He may struggle at times on a Sunday but the lack of crowds this year may play into his hands. He has back to back top tens’ in 2018/19.