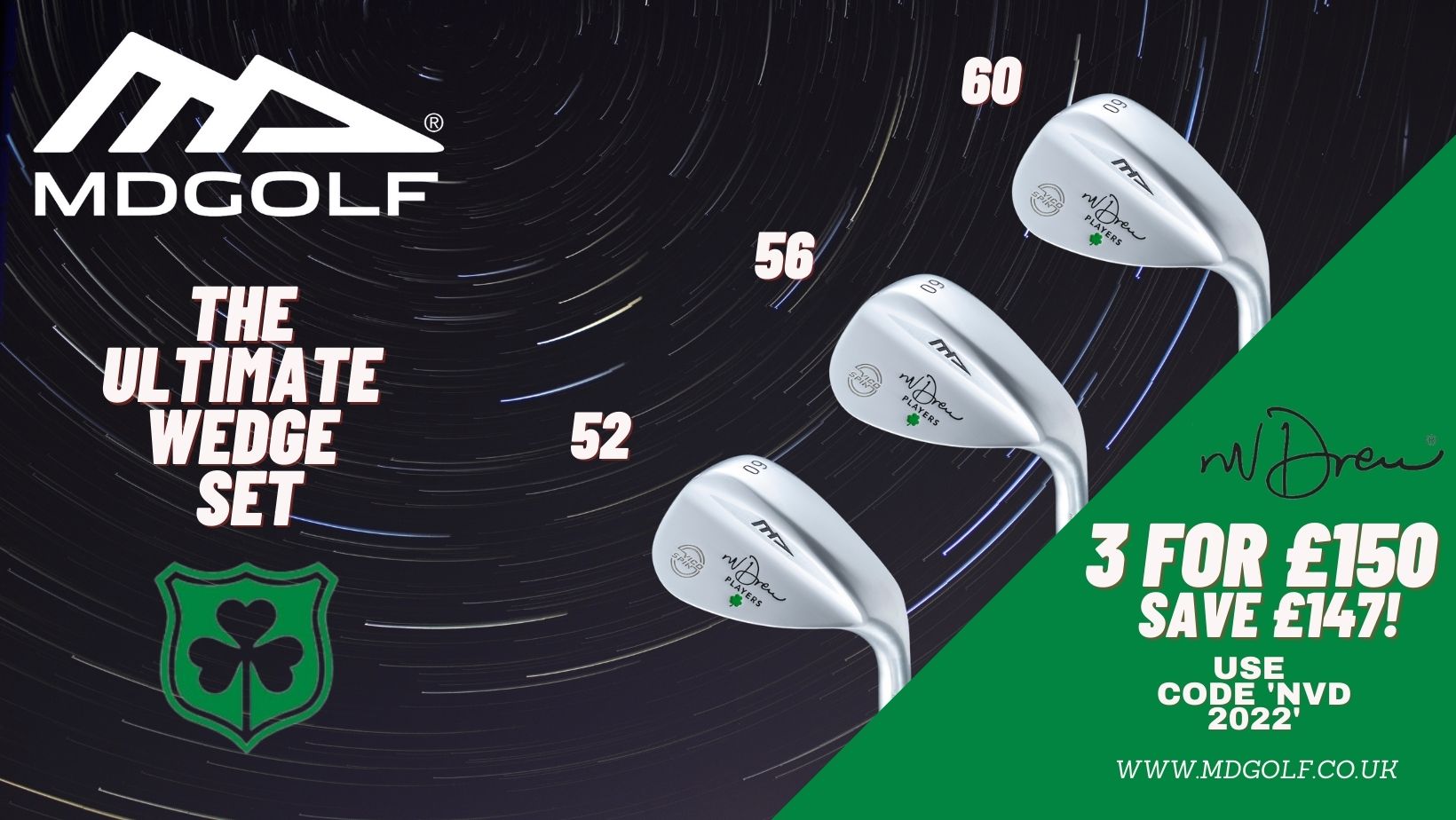 Return of a Legend – the NV Drew Wedge Collection is back!

After surpassing more than 250,000 global sales of their original Players wedge between 2006 and 2015, MD Golf and Norman Drew – the first man to ever play in the Walker Cup, Ryder Cup and the Canada Cup (now the World Cup) – have joined forces once again to offer golfers short-game accuracy and greenside control with a new version of the iconic wedge.

Re-imagined and re-designed, the new NV Drew Players Wedge is now available online only at www.mdgolf.co.uk – unlike many other brands, MD Golf does not pay Tour players and sells clubs only ‘direct to the golfer’ meaning inflated prices owing to athlete contracts, agents fees or retailer costs simply are not factors in the pricing strategy.

The result? A truly stunning Players Wedge with an RRP of £99, now available for just £60 – and for those golfers who fancy overhauling their entire short game arsenal, there are 120 package deals of three wedges for just £150 – a saving of £147, nearly 50% off that RRP of £297!

Bringing top quality wedges to market has always been a cornerstone of the MD Golf business during our 22 years in the golf industry. Initially, we worked with Norman back in 2006 on the very first Players wedge. Sales success went hand-in-hand with awards from leading media brands, including Today’s Golfer, Golf Monthly, Golf World and National Club Golfer.

The decision of the MD founders to move to an online only business was done so because they initially started out in the late 1990s to bring affordable, quality clubs and accessories to market. Nearly a quarter of a century later, this passion burns brighter than ever, and with that they set up a call with Norman some 12 months ago.

Members of the MD Golf innovation team were also present, and spoke with the Northern Irishman via video conference from his Belfast home, eager to see if he’d be keen to resurrect the partnership in order to design a wedge that would potentially help hundreds of thousands of golfers, but at a price point that didn’t prohibit lots of them from buying.

The new NV Drew Players Wedge is available in a 52°, 56° and 60°loft options, and during the extensive design process Norman was adamant that spin control was to be the central redeeming feature of the product, along with control and gorgeous feel, looks and versatility. The specially designed grooves have been CNC milled and a surface roughness between them combine to present golfers with the best wedge in the history of the brand.

INFORMATION: The wedges are available in an impressive Pearl Chrome Finish, right-hand only, and are priced at £60 each. To buy three for £150, please use code NVD2022 at checkout. The 52°and 60° wedges feature 8° of bounce, while the 56 comes with 11° bounce.