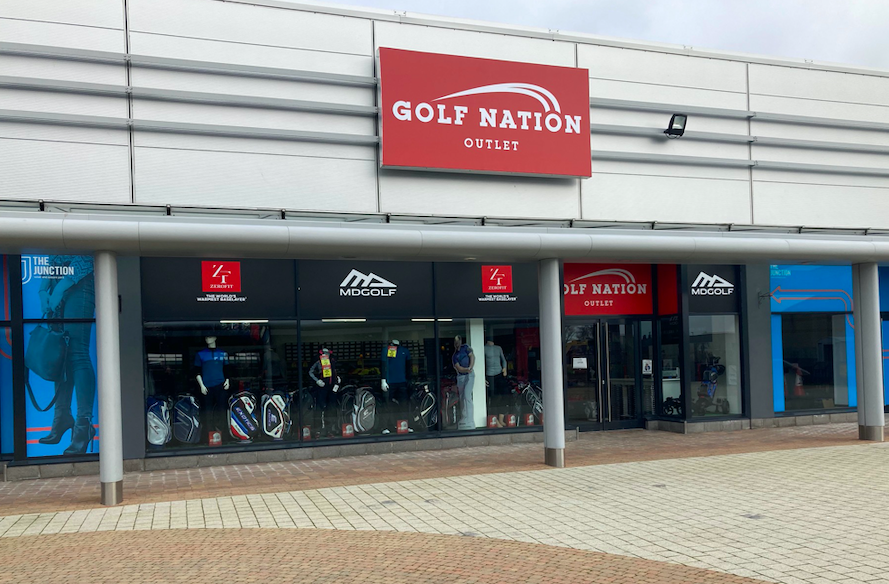 One of Northern Ireland’s leading independent golf retailers Golf Nation is proud to announce the arrival of Zerofit – The World’s Warmest Baselayer® – as one of its shop-in-shop concessions, giving golfers the opportunity to touch and feel the product when they visit the store at Junction One Retail Park, Antrim.

Zerofit joins MD Golf as the only other in-store concession, with customers able to see the latest golf clubs from the Northern Irish brand, including the new-for-2022 MD STR40 range which features a powerful STR40 Driver (£99), forgiving STR40 Fairway and Hybrid (£79 each), the stunning STR40 Wedge (£60) and a game-changing Driving Iron (£69).

The new collection housed at Golf Nation will also include the latest incarnation of the NV Drew Wedge (£60) which makes a re-appearance in the golf industry after a seven-year absence. Between 2006-2015, MD Golf sold more than 250,000 NV Drew wedges around the world and this latest version is the best wedge in the brand’s history.

In addition to the golf club range, the store will also offer customers the opportunity to experience Zerofit’s best-in-class baselayers and accessories and understand a little more about the brand and the direction it is heading.
Arguably one of the fastest growing baselayer brands in 2021, Zerofit offers next working day delivery of products ordered by 2pm, including the award-winning Zerofit Heatrub Ultimate Baselayer (£55) and Heatrub Move Baselayer (£40) as well as the Heatrub Performance Move Hoodie (£50) and Heatrub Ultimate Socks (£25).

The Zerofit Heatrub Ultimate Baselayer – five times warmer than a standard baselayer – has been recognised with a number of awards from leading publications, including Today’s Golfer that rated it as ‘No. 1 Baselayer’ in their exhaustive 2021 test, seeing off products from some of the most established brands in sport.

Keen anglers have also discovered the warmth offered by our product line with the writers of Angling Times – the trusted voice of fishing news since 1953 and still the UK’s largest angling title – raving about the baselayers, including Tackle Editor Mark Sawyer who has tested our gear for more than 80 HOURS THIS WINTER.

‘Over the years I’ve worn and tested many different types of thermal vests, baselayer t-shirts and the like. Nothing is as good as Zerofit, though. It’s comfy to wear even next to the skin, it washes time and time again without fault and it’s fabulously warm,’ he says.

The Zerofit Heatrub Move baselayer (£40) was named in Country Walking magazine’s prestigious Gear of the Year 2021 Collection, after months of extensive testing on hills and mountains across the country.

‘It’s billed as being twice as warm as its nearest competitor, but crucially it’s adaptable warmth: it responds to your activity, being toasty when you’re paused and regulating the heat effectively when you’re moving strenuously,’ commented Nick Hallissey, the magazine’s deputy editor.

The new Zerofit Brand Store is located at The Junction, Antrim and is open daily from 10am-5pm. You can also buy MD Golf products online at www.mdgolf.co.uk and Zerofit baselayers and accessories at www.zerofit.co.uk.